With the upcoming changes to the backlog voting and the resetting of all votes, now is a critical time for us all to consolidate and perhaps reassess where our votes are going.

I’m wondering if a special Treehouse meeting might be a good idea to collaboratively discuss possible ideas here on how we might all vote better together or if anyone wants to put forward their case for a particular feature, etc…

Or maybe we can just open up the conversation here in this forum post?

This could be an opportunity to better direct the short term outcome of Treepl, so open to everyone’s thoughts here. What do you think? Zoom meeting or open discussion here?

I like the idea of a special meeting. In the last one, When there was a discussion and people understood the need for example of Zapier, you saw a huge shift in its votes. Similar discussions would I think help us all understand our options and benefit greatly.

I’d prefer a meeting. Subtleties of importance are hard to get across in individual posts.

Meeting is a good idea!

Yep totally agree that a meeting would be good.

I’m into a meeting on this topic.

For those that haven’t been in the meetings, some context:

A couple of thought as preamble.
Some of the ideas discussed previously were:

One key consideration is what our goals as partners are with this voting system.
I propose:

Out of all this, the one recommendation I feel strongly about is increasing the number of votes each partner has. The reason I think this is a good idea is that allowing partners more votes allows there to be a better distribution of votes across features, reducing noise and creating a broader funnel of features. My suggestion would be 10 votes per partner.

I’m a bit skeptical about allowing partners to use all of their votes on one feature. I just don’t know what effect this would have. I’m concerned that a small number of users could band together and push features that are in their specific interest rather than the greater interest of all partners.

If anybody has a background in psephology or statistics I would love to get some insight on challenge.

I look forward to hearing everybody’s input and discussion. I think it’s really exciting to have a say in the development of a platform.

And then there’s the preferential voting system as used in Australia. If each Treepl partner has 10 votes, the partner would still vote for ten features but would number them from 1 to 10 with ‘1’ being the most desired new feature. This way we’ll see how many votes each feature gets but also its average score of priority.

So what’s the best time?
I thinking 18th/19th May @ 12 noon UTC might be the best global compromise: 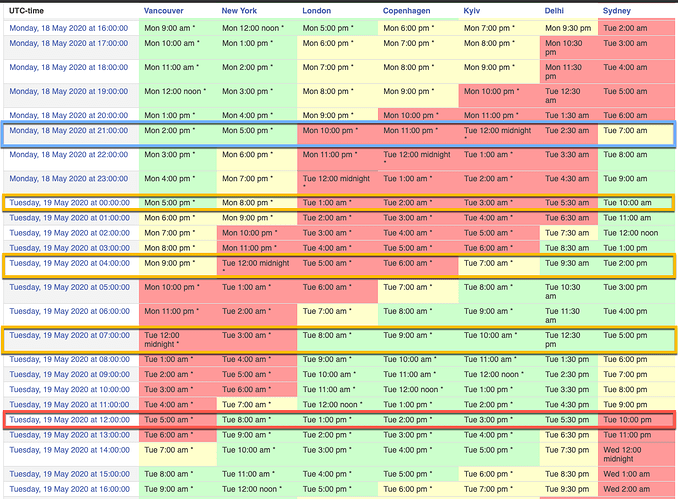 Vote for your preferred time

(use the link above to see time conversions)

Love the idea - I just voted for a time. Looking forward to it!

By popular demand, the upcoming special Treehouse meeting will be on at the usual time of 9pm UTC.

The date is set for this coming Monday/Tuesday (18th/19th May) and I hope as many of you can make it as possible.
It will, however, be recorded and as always open for continued discussion here on the forum.

Your voice is being heard and does matter and everyone is welcome to contribute to this conversation.

The agenda so far will include (but not limited to): 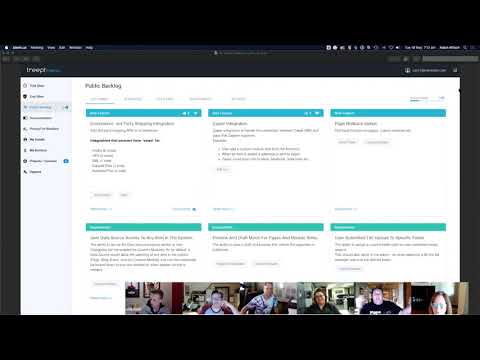 Some key points discussed (but not limited to):

All continued feedback/comments are most welcome here, so please post your thoughts below…